Lead is a topic of great concern when it comes to drinking water. There are many people in the United States and around the world that face similar dangers. Lead is a metal that most of us are aware of and have been concerned with for some time now. Lead can be described as a soft, but dense metal that is colorless, odorless and tasteless. Some, however, describe the taste as sweet!

How Does Lead Contaminate Our Drinking Water? 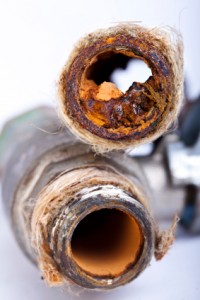 The most common way for lead to contaminate drinking water sources is through lead plumbing. When they corrode, which they all do in time, the water passing through them will dissolve dangerous levels of lead into the water. This is especially true when the water passing though these pipes is of low pH (acidic), or contains low amounts of minerals. Older parts of the United States are especially prone to lead in their tap water. Even where lead is not the primary element in pipes, lead can be leached from soldered brass, copper and chrome plated faucets and plumbing. This is made worse when water passing through the pipes is hot. Homes that were built before 1986 are most likely to have this problem. Since then the Safe Drinking Water Act (SDWA) has reduced the maximum allowable lead content to a weighted average of 0.25 percent for pipes, fixtures and plumbing fixtures. The percent of lead in solder and flux must be no more than 0.20 to be considered to be “lead-free”.

What Can Be Done To Remove Lead From Our Water?

There is still much to learn about how lead contaminates into water. In order to reduce the amount of lead that dissolves into drinking water, water utilities in many parts of the world have added a variety of chemicals to reduce pipe corrosion and to maintain the scale deposits that act as a protective barrier. In North America and Europe, many utilities use a well-established treatment that adjusts pH and alkalinity levels to maintain the most common type of lead scale, compounds of Pb(II), or dose the water with inorganic phosphates to create orthophosphate, which forms lead-phosphate compounds making up the pipe coating.

Chlorine, which is a powerful oxidant widely used by utilities to disinfect water, changes the water chemistry to favor the formation of PbO2 scales. According to a team of scientists working on this project, this may point to a potential treatment technique. Even though the water had been standing in the pipes for three days, relatively low levels of total lead, ranging from 1 to 18 µg/L, had been released from the PbO2-coated pipes! According to an article in (Environmental Science Technology 2015), researchers have recently observed that a lining of lead dioxide (PbO2) scales which form naturally in lead water service lines, does a better job of keeping lead out of drinking water than any other treatment strategy used to date.

Does Lead Get Into Our Bodies In Other Ways Beside Drinking Water?

Children are often exposed to lead in a number of other ways. Some are through lead paint, air, dust, soil and food. Although it is much less common than it used to be, lead in the form of tetra-ethyl lead is still found is some brands of gasoline. The lead additive, added to gasoline to promote better burning, has largely been replaced with ethyl alcohol. If the level of lead in a child’s blood is at or above the CDC action level of 5 micrograms per deciliter, it may be due to lead exposures from a combination of sources.

The Environmental Protection Agency (EPA) estimates that drinking water can make up 20 percent or more of an adults total exposure to lead. Infants who consume mostly mixed formula can receive 40 percent to 60 percent of their exposure to lead from drinking water. When the level of lead in a child’s blood is 5 micrograms per deciliter (µg/dL) or more, the Centers for Disease Control and Prevention (CDC) recommends that public health actions be initiated. Lead is one of a few metals (besides calcium) that persists in the human body and elsewhere in nature.

Some may wonder if there is a safe level of lead in drinking water. The simple answer is no. Lead is a very toxic metal that can be very harmful to human health even at very low exposure levels. Furthermore, it can bio-accumulate in the body over time. The Safe Drinking Water Act (SDWA) requires EPA to determine the level of contaminants in drinking water at which no adverse health effects are likely to occur with an adequate margin of safety. Infants and young children are particularly vulnerable because of the behavioral and physical effects of lead occur at a lower exposure level in children than in adults.

Effects of Lead Exposure May Include:

Lead Accumulates In Our Bodies

While lead accumulates in people of all ages, it is especially dangerous for infants and pregnant women. When lead 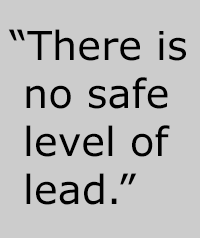 accumulates in the bodies of pregnant women over time, it is stored in their bones along with calcium. During pregnancy, lead is released from the mother’s bones as maternal calcium and is used to help form the bones of the fetus. This is particularly true if a woman does not have enough bioavailable calcium in her diet. Lead can also cross the placental barrier through the blood stream exposing the fetus to lead. This can result in serious health effects to the mother and her developing fetus, including premature birth and reduced growth of the fetus. Yes, fetuses are adversely affected by the dissolved lead which is carried through the blood stream of the pregnant mother.

The previous list of serious health effects is not to be taken as an exhaustive list of adverse health effects, but only to highlight the most significant ones. The MCLG for lead is zero and for good reason. Unfortunately, these maximum contaminant level goals (MCLG’s) which are based solely on the possible health risks, are non-enforceable, but do serve as a guide. Really, the only way to reach this goal is to drink and otherwise consume only water that has been distilled.

What Is The Maximum Allowable Level Of Lead In Tap Water?

The Safe Drinking Water Act (SWDA), as enforced by the Environmental Protection Agency (EPA) Water Division, has set the MCLG (Maximum Contaminant Level Goal) for lead at zero because there is no safe level of exposure to lead. (Source: https://www.epa.gov/ground-water-and-drinking-water/basic-information-about-lead-drinking-water)

However, most contamination from lead occurs after tap water has left the treatment facility as it travels through lead pipes. The longer that water is in contact with the pipes, the more lead can be dissolved in the water. Also the higher the temperature of the water, the more lead will be dissolved from lead pipes or pipes with lead solder. This means that the lead levels are likely to be higher as it comes out of your tap.

Water utilities do have to periodically test water coming out of consumers’ taps. Action to reduce the amount of lead is legally required if 10% of tap water samples exceed the EPA’s lead action level of 15 ppb (Source: https://www.epa.gov/dwreginfo/lead-and-copper-rule), but, as noted before, there is no safe level of lead in drinking water.

If you have any doubts, you should absolutely get a lead test for water.

First of all, boiling the water does not remove lead, in fact it can concentrate the levels in water. Contrary to popular belief, water softeners do not do a reliable job either, and are not recommended. Carbon water filters will remove lead if the water has a neutral pH (7) and/or uses a special type of carbon called catalytic carbon. Deionization systems do work, but they are not practical for home treatment as they require the use of harsh chemicals to regenerate them. Reverse Osmosis Systems can work, but they waste a lot of water and changing reverse osmosis filters are not as user friendly as some other systems. Also, because RO it is mainly a filter system, their effectiveness decreases over time, just like other types of filter based water treatment.

Why Use Distilled Water? 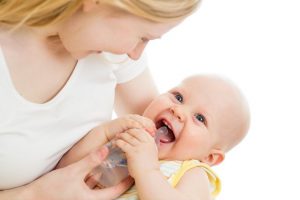 Distillation is by far the most effective water purification system available to remove lead and a wide spectrum of contaminants. Water distillers remove lead through a step-by-step process. Distillation collects the pure steam that separates from the contaminants in water and cools it back down into pure water through a separate chamber. Because the boiling point of lead is 3164.0 °F, it will be left behind in the boiling tank of a distiller and will not carry over with the steam into the storage tank. Distillation is proven to remove 99.9% of contaminants, known and unknown, as tap water is only tested for a certain number of contaminants. Protect your family with a water distiller, which is proven to remove lead from your drinking water.