With all the news going on lately it is possible you have missed the news clips that are talking about virus infections that are killing people in the Middle East.  They have names it the MERS-CoV (Middle East Respiratory Syndrome-Coronavirus). At this point about 50% have died.  MERS is a Coronovirus. http://www.bloomberg.com/news/2013-06-19/coronavirus-mystifies-scientists-seeing-sars-like-spread.html

Several years ago the SARS virus killed 800 people, mostly in Asia, and more recently there were talks and concern over H1N1 “bird flu”. 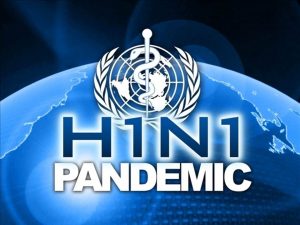 Why all the concern?    Scientists and researchers at the forefront of medical research have been warning of an outbreak of a dangerous and contagious disease that could wipe out millions of people globally. This fear comes from the historical reports of the “Black Plague” or “Bubonic Plague” that has swept the world killing millions in the past.  The word “Pan-Dem-ic” is used to describe these events. The Merriam-Webster Dictionary defines a pandemic as: “occurring over a wide geographic area and affecting an exceptionally high proportion of the population”

Why, the “plague” spread rapidly even though the transportation between cities was slow, and across the oceans was even slower.  Today, with jumbo jets moving people around the world at high speed the risk of a pandemic spreading is even more likely. In recent decades we have relied on pharmaceuticals (antibiotics) to protect us.  While this has been remarkably successful, viruses can mutate rapidly.  The concern scientists have is that a rapidly mutating virus can “get around” the protection of vaccines.

In some cases the virus is confined to a non-human species (birds or pigs for example) and the experts keep a keen eye out to see if it may make “the jump” to humans.  When humans are infected the experts take great care to see how they became infected and whether the virus can be passed from one human to another.

The big concern is that a situation may arise where the virus can affect human as easily as a common cold.  If such a situation occurs and vaccines is ineffective there could be a massive toll. Viruses can spread in a number of ways, although there is one principal mode for each situation.

While not all viruses represent a pandemic threat there are specific ways of transmission.

It is wise to stay up with the news on these outbreaks, without getting overly concerned.

It is also wise to have a distiller for the water you drink and make ice-cubes with.  A well designed distiller will produce water free of bacteria and viruses that may have been in the raw water.  Not all distillers are equally effective.  The Pure Water distillers have a long history of producing very high quality water, and in all the third party laboratory testing the Company has done over the years no test has ever flunked the biological tests.  This is an extremely effective way to take care of waterborne viruses.