Over half of the world’s hospitals beds are occupied with people suffering from illnesses linked with contaminated water, and more people die as a result of polluted water than are killed by all forms of violence including wars. This includes 2.2 million people whose deaths are attributed to diarrhea, mostly from dirty water, and 1.8 million children aged under five who succumb to water-borne diseases. This equates to one infant every 20 seconds. 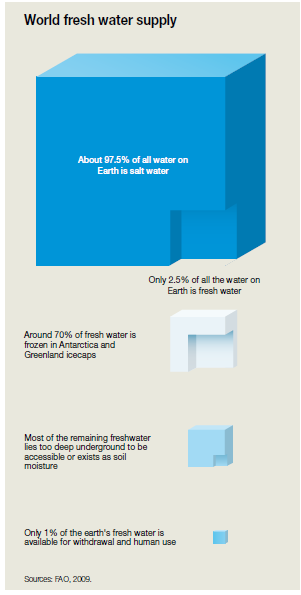 Global populations are expected to exceed nine billion by 2050. Urban populations may rise nearly twice as fast, projected to nearly double from current 3.4 billion to 6.4 billion by 2050, with numbers of people living in slums rising even faster, from one to 1.4 billion in just a decade. Given the steadily growing number of urban dwellers, it is critical for cities around the world to develop efficient and sustainable strategies for wastewater treatment, the report goes on to note. This should be regarded as a matter of urgency considering that coastal cities will be the home of about 1.6 billion people by 2015. This means that more than 20% of the global population will be living in such cities within a year.

Water is crucial for all aspects of life, the defining feature of our planet. Ninety seven and a half per cent of all water is found in the oceans.  Of the remaining freshwater only one per cent is accessible for extraction and use. Functioning and healthy aquatic ecosystems provide us with a dazzling array of benefits – food, medicines, recreational amenity, and shoreline protection, processing our waste, and confiscating carbon. 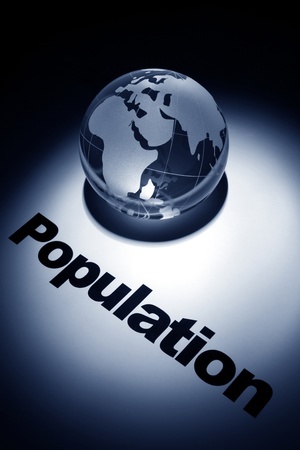 standards and poor water use strategies. Wastewater management, or the lack of it, has a direct impact on the biological diversity of aquatic ecosystems, disrupting the fundamental integrity of our life support systems, on which a wide range of sectors from urban development to food production and industry depend. It is obvious then that the impact on the wider environment is no less striking. An estimated 90 per cent of all wastewater in developing countries is discharged untreated directly into rivers, lakes or the oceans. Such discharges are part of the reason why de-oxygenated dead zones are growing rapidly in the seas and oceans. Currently an estimated 245 000 km2 of marine ecosystems are affected with impacts on fisheries, livelihoods and the food chain.

At the beginning of the 21st century, the world faces a water crisis, both of quantity and quality.

Water scarcity (Water Quantity) demands a reliable solution that can conserve water but not wasting water to produce fresh drinking water. Distillation technology comes on top of the chart since household distillers do not waste water to produce water. Water quality requires a technology that would operate on non-potable feed water source and delivers 99.99% fresh pure and secure drinking water. Distillation technology sits on top of this chart. Think before you drink. Get yourself a reliable distiller. Make the right choice. Do your research and then visit our website.