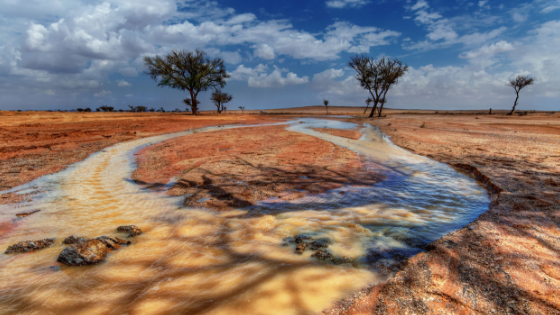 Climate change is on everyone’s mind. Whether you’re reading about resource shortages by 2050 or glaciers disappearing by 2100 or species facing extinction, the headlines are everywhere. But even if you don’t see climate change affecting you directly, it could be impacting your life every time you take a sip of water.

As the global climate shifts, water and water quality issues are taking center stage. Our very own Eldon Muehling (affectionately called Dr.Water by all of us here at Pure Water) breaks it down for you here and reminds you of the best way to protect yourself:

How will Global Warming impact water?

This is a topic that is of extreme concern to many but especially for young people because it will have a direct effect on their future lives.

Another group that has a deep interest in the effects of global warming is a group called Union of Concerned Scientists.  They are actively working to inform the public and address the effects of Global Warming on water. They are the primary source for the facts in this blog, and you can learn more on their website.

The tide is rising…

One of the starkest effects of climate change, and the only one that some would relate to, is the anticipated rise in sea level worldwide. This occurs for two main reasons – the expansion of the ocean as it warms, and the increased melt from ice sheets, ice caps and glaciers.

Along with alarming threats to coastal communities, infrastructure, economies and ecosystems, this rise has implications for available freshwater, as rising sea levels drive saltwater into freshwater aquifers.

To be useful for drinking or irrigating, more water from our aquifers will need to be treated, usually by energy-intensive processes. Given the wide range of human activities that depend – directly or indirectly – on water, future climate-driven changes in water resources will affect many aspects of our lives.

Water is a dynamic substance in our bodies and in the environment.

As most folks know, water in its various forms is always on the move. In our bodies, water that enters our bodies is recirculated many times before it leaves our bodies. That is the only reason that we can get by drinking only 8 to 10 glasses of water per day. We sometimes refer to this as the dynamic nature of water.

In our environment, water is tied up in a complex process known as the hydrologic cycle. Global warming is already having a measurable effect on this cycle. It is altering the amount, distribution, timing, and quality of available water. Water users – from communities, to industries, to ecosystems – are in turn affected: their activities and functions depend, either directly or indirectly, on water.

Change is definitely underway right now in the Midwest.

Warmer climate causes more water to evaporate from both land and oceans; in turn, a warmer atmosphere can hold more water – roughly four percent more water for every 1ºF rise in temperature.

Changes like this are expected to lead to specific, and in many cases negative, consequences. Some parts of the U.S. – in particular, the Northeast and Midwest – can expect increased precipitation and runoff, especially in winter and spring, leading to increased flooding.  Several states in the Midwest including Nebraska, South Dakota, Iowa and Missouri have been witnessing to this for several weeks already this Spring!

Snow versus rain can make a critical difference.

The form that precipitation takes is also subject to change in response to warming: climate projections for many regions of North America suggest less snow, overall, and more rain.  In areas dependent on the gradual melting of snowpack to supply surface water through the warm months, this means lower flows and greater water stress in summer – a trend already evident in parts of the western U.S.  While the effects of climate change on groundwater are not fully understood, rising water competition and stress at the surface are likely to drive greater use – and overuse – of this resource. This may be what is already happening to the Ogallala Aquifer from Nebraska to Texas.

Water temperature will affect not only people but also entire ecosystems.

Water temperature, for example, will generally rise in streams, lakes, and reservoirs as air temperature rises. This tends to lead to lower levels of dissolved oxygen in water, hence more stress on the fish, insects, crustaceans and other aquatic animals that rely on oxygen. Hence, there will undoubtedly be an increase in biological contamination. Declining water quality as consequence of climate change will increase the need for water purification, not only for drinking water but also work quality water.

As more – and more intense – precipitation leads to increased runoff in certain regions, we can also expect more pollution to be washed into our waterways: sediments, nitrogen from agriculture, disease pathogens, pesticides, and herbicides.  Naturally, the pollution load in streams and rivers will tend to be carried to larger bodies of water downstream – lakes, estuaries, and the coastal ocean – where one of the more dramatic consequences of heavy runoff can be blooms of harmful algae and bacteria.

Water, our most precious resource, is under threat. Yes, residential as well as commercial water distillers will be needed more than ever before in the years ahead! Protect yourself and your family!