After 30 years in the industry, I’m still amazed at the lack of education there is on water and water purification. It’s not just with the layperson but health care experts and nutritionists by and large do not have a good grasp on the importance of an effective water purification system. 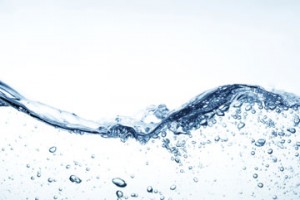 Today there are thousands of potential contaminants in the water. These include chemicals, fertilizers, pesticides, industrial waste and naturally occurring contaminants such as arsenic and lead. On top of that there are radioactive contaminants – some natural and other man-made. Oh, I forgot to mention pharmaceuticals and household cleaner residues that have found their way into our water systems.

Wow, you might say!  Well I’m not finished, as likely the single most important group is not listed yet. It is biological.

The EPA ‘allows’ for some water contamination

Biological contamination, including bacteria, viruses and many other micro-organisms can cause acute illness and even death. This happened to some on board an Aerolineas Argentinas Airlines Boeing 747 in 1993 when 25 passengers showed symptoms of cholera.

Cholera is a severe diarrhea that can be accompanied by vomiting and dehydration. It is caused by contaminated foods and water, and can be fatal in cases of extreme dehydration.” – The New York Times

The EPA has set limits for contaminant levels for a small number of potential candidates and has taken the approach on most that certain exposure levels of certain contaminants are not acceptable but a lower level is apparently acceptable as lower “allowable levels” are listed.

We do not subscribe to this where a better alternative exists. In the distiller industry we see what distillers take out of the water. It’s ugly. It’s messy and really repugnant. I’m talking about residues that accumulate in the boiling chamber of distillers. These people that used those distillers are lucky. Their bodies do not have to deal with processing these contaminants. What a positive step that is.

The right distiller can eliminate arsenic, lead and more

My view is simply this. If the government sets “acceptable level” of certain contaminants why take any into your body?  To me “zero” is better than “some” when it comes to arsenic or lead for example.