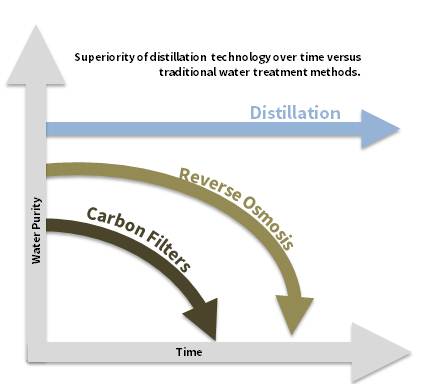 THE SUPERIORITY OF DISTILLED WATER:

the word “Superiority” is defined as “the state of being greater or better than something or someone else”. Distillation is superior than existing traditional media filters that you find on the shelf or online. Here’s why –

The distillation process is neither affected by time or pressure as distillation relies on evaporation and condensation. Filtration systems are like sieves. They clog up and start to lose efficiency on use,  thus reducing the quality of water over time. This is why filters have to be changed regularly. The challenge is to know when to change them as you do not know the purity of the filtered water at any point in time. with our AquaNui distillers.

Filters deteriorate over time and need replacing. Replacing filter cartridges is one of the most overlooked tasks for the consumer. Many consumers are using filters that are actually contributing contaminants to their filtered water. 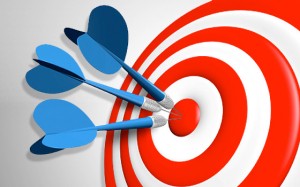 After hundreds of gallons, your distiller will perform at the same rate and efficiency as when you bought it on day 1. Purity is consistent. This is because unlike filters, distillation lifts the pure water molecules  (as steam) from the contaminated boiling water, condenses the steam, and distilled water is collected in a separate tank.

Distillation, unlike filters, lifts the pure H2O molecules away from the contaminants which remain behind in the boiling tank.

Distillation at the highest end of the Spectrum:

Some filters remove volatile contaminants only.
Others remove inorganic minerals. There are several different methods to treat the water to reduce contaminant levels. Each method is based on a different principle and, as a result, they are not all equal in effectiveness. Of the methods available for home and office, distillation is regarded as providing the broadest protection.

I am convinced that distillation has stood the test of time. It has withstood the test of purity too. Distillation is the only water treatment method that does not require potable water to be the feed source. Think before you drink the next cup of water, tea, coffee, or soup. Is it prepared with distilled water?