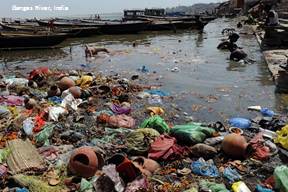 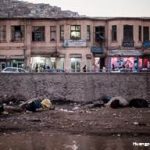 If one incident best highlights the perilous state of the world’s fresh waters, it’s the “pig spill” in China in March. After the slaughter and illegal dumping of a diseased herd, the authorities in Shanghai went fishing for 16,000 bloated carcasses in the Huangpu River, which flows through the city. Although they claim it was harmless to humans, it showed government deficiency in rendering a solution to water pollution. The incident did defame China’s image to the world that their leaders are working hard to improve. Hardly the kind of news you wish to share with the 13 million water inhabitants who use the Huangpu for drinking water. 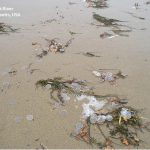 On the other side of the world, a citizen volunteer, Greg Lyons, tends a stretch of the Merrimack River in Massachusetts. One by one, Lyons collects some of the 8 million plastic treatment disks released by a wastewater plant that malfunctioned in March 2011. The disks, two-inch wafers caked with sewage, today serve as a reminder of how massive public waterworks designed to protect the environment can sometimes go haywire. Lyons’s catch by October 2011: 16,000 disks. The situation would have shocked 19th-century Transcendentalists who used the Merrimack to inspire a modern philosophy of humans in kinship with nature. Obviously neither the Government nor the public water utility was able to prevent this catastrophe from happening. It was an individual’s – one man’s – effort to find a solution. 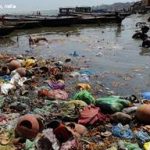 And then there is the Ganges, arguably the most polluted large river in the world. Each year it carries 16,000 tons of ash from cremated bodies along with a cocktail of sewage and toxic chemicals produced by a dense population and rapidly developing economy. Water in the Ganges has been correlated to contracting dysentery, cholera, hepatitis as well as severe diarrhea which continue to be one of the leading causes of death of children in India. The Indian Government along with the worldwide community submits study after study revealing the problem but shy away from offering a solution.

Governments are incapable of providing safe drinking water solution to each individual. it is YOUR responsibility

Here’s the short version answer: Take control of your own water and distill it yourself. 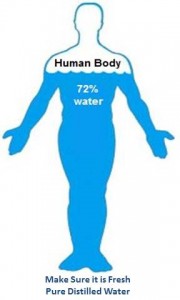 The long version: Water is the number 1 solvent on this planet. In the above 3 examples we saw visible evidence of contamination. However, the invisible contamination can be more harmful. With weak or absent government intervention, who is responsible for your family’s health? You are responsible for providing pure fresh drinking water to your family and loved ones. “How come?” You may ask. Well you work to provide and sustain them. You send them to best colleges to provide education. You buy them food, provide them with shelter. You invest into their future. You want the best for them. But when it comes to water you take it for granted. This is not a wise decision when 70% of your body and those you love is water. “If the majority is in good shape the minority will follow”. Water is the body’s lubricant. If you have a Ferrari, you want to use the best oil available on the market. If you wish to feel like a “Ferrari”, treat yourself with the best human lubricant available on this planet; distilled water.

“Treat yourself with the best human lubricant available on this planet; distilled water”.