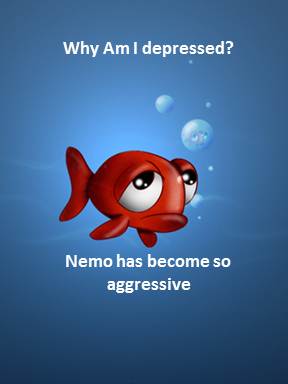 Have you ever wondered where on earth did the antidepressants, birth control, Cholesterol and high blood pressure drugs end up in your tap water?

How did this happen?

Americans spend billions of dollars on prescription drugs every year. After being taken, these medicines are eventually eliminated by the body and flushed into the water supply. Many people also flush unused medicines down their toilets as a means of disposal.

Water treatment plants help remove chemicals, so why are these medicines being missed? The tricky thing about medicines is they are designed to avoid being broken down. Drugs that are easy to destroy would quickly be made ineffective in the body. This property makes them hard to eliminate when they hit the treatment plants as well. Et voila!!! you and your children end up consuming them.

Safety issues that may be linked to medicines in national water sources are: 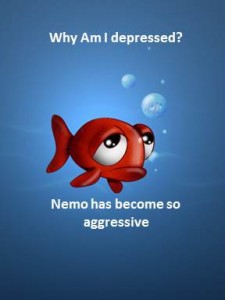 No one asked the fish if they needed anti-depressants or not. The impact of anti-depressant medications on fish were studied at the University of Wisconsin/Milwaukee recently.  The research indicates that we’ve been unwittingly medicating fish and other aquatic species and those that depend on them with disastrous consequences.  Researchers found that when the dosage was increased to levels found in some waste water streams,  the female fish laid fewer eggs and the males became aggressive, even killing the females at times.

Based on the chemistry the answer is a resounding “yes”, but not all distillers can make the same claim. Here’s why. Fluoxetine, the chemical found in Prozac, was first discovered in 1974 and has been approved since for the treatment of major depression in both adults and pediatric populations. It has a boiling point of 395 degrees Celsius. When a distiller purifies the raw water, the raw water is first boiled in the boiling tank.  Here the bacteria and viruses are killed.  When the water boils it changes from a liquid to a vapor (steam).  Steam lifts away from the boiling water leaving behind the contaminants and is condensed to form high purity distilled water.  But the purity of the distilled water is greatly influenced by the design of the distiller.

Based on the chemistry it is a resounding “yes” but not all distillers can make the same claim.

Most small plastic counter-top distillers from China boil the boiling tank dry and the heating is terminated by a thermal switch.  But in the short time after all the water is evaporated from the Chinese made boiling tanks, the heat is still being applied and the temperature in the boiling tank can surge to many hundreds of degrees thus vaporizing some chemicals with the steam, that a good distiller would remove.

The AquaNui distillers are different from the Chinese distillers which boil dry to complete the batch.  The AquaNui is designed so the power is cut off while the heating element is still covered by water. This means the temperature never exceeds 212 degrees Fahrenheit (100 degrees Celsius) inside the boiling chamber – well below the boiling point of Prozac. This means that Fluoxetine is retained in the boiling tank and fresh distilled water is produced. The same argument can be made about Carbamazepine, a chemical found in Tegretol pills with a 411 Degrees Celsius boiling point.

Remember, a well-designed distiller, such as the AquaNui is an effective tool in the battle against contamination in the water.  But you can’t say that about all distillers – it depends on the design and the brand.