Part 1 of a Series

In 1974 Congress passed the Safe Drinking Water Act (SDWA) to provide national requirements for drinking water standards to protect the public health.  This law was tightened considerably in 1986 and again in 1996 by subsequent congressional action.

Enforcement of the SDWA was assigned to the Environmental Protection Agency (EPA) and the EPA sets health based standards for specific contaminants (maximum allowable limits) which water treatment plants must adhere to.

While the SDWA does not regulate private wells which serve fewer than 25 individuals, it does require multiple actions to protect drinking water and the sources of drinking water including catchment areas, rivers, lakes streams, reservoirs, and wells that serve populations of more than 25 persons.

While the vast majority of persons living in the US drink water meeting the standards established by the EPA, there are millions who are drinking water for small wells that are not regulated.

Many of these wells are in rural areas, where nitrates, pesticides, fungicides and herbicides as well as bacteria and other contaminants are frequently found.

After a local water utility treats the drinking water it is responsible for the water quality meeting EPA standards delivered from the water treatment plant to the hook-up point to the residence, institution, or factory.  Older buildings with lead piping can often be a contamination source even if the water utility has delivered water meeting standards to the building’s water line connection.  Such is the case in several schools and communities in Camden, New Jersey.

Considering there are more than 80,000 known chemicals, the number of chemicals  that are regulated (around 100) in drinking water is minuscule.

Considering there are more than 80,000 known chemicals, the number that are regulated in drinking water is minuscule.  But based on the SDWA, water that meets the standards set by the EPA is deemed to be “safe”.  Sometimes a level deemed to be “safe” at some point in time is found to be too high and the limits are tightened to lower levels as “acceptable” for public health. 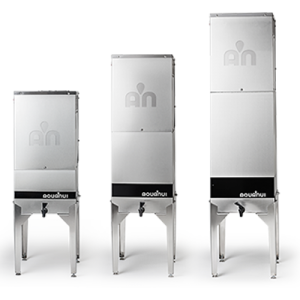 For this reason we believe that no level of contaminant is acceptable if it can be eliminated from drinking water. Pure & Secure urges consumers to use a distiller to treat their water to remove virtually all contaminants from the water.