King George III of Great Britain (1738-1820) suffered from periodic episodes of physical and mental illness, five of them disabling enough to require the King to withdraw from his duties at various times.

Napoleon Bonaparte (1769–1821) suffered and died during his imprisonment on the island of Saint Helena.

Charles Francis Hall was an American explorer (1821–1871) who suffered from intermittent vomiting and delirium over periods of time. Eventually, he died unexpectedly during his third Arctic expedition aboard the ship Polaris.

What was the common cause of these unusual physical and mental behaviors, and even the deaths?

The answer is one word: “Arsenic”. King George III was king of the great British Empire. Yet, due to exposure to high levels of arsenic, he was unable to make sound decisions and control his behavior among nobles and aristocrats. It is believed Napoleon died from arsenic poisoning. Charles Hall’s vomiting and eventually death also was due to arsenic poisoning.

But what about us who live in the modern 21st century?

First we must realize that arsenic is a one of the most common potentially toxic trace metals. It occurs naturally in rocks and soils.  Arsenic is often considered a heavy metal but unlike other metals which are positively charged, arsenic is negatively charged. Arsenic is toxic to humans and animals and is also a carcinogen (causes cancer). Arsenic compounds are found in wood preservatives, some insecticides, semi-conductor industry and in acid-lead batteries.

Arsenic is of most concern when it is in potable water supplies.  In certain parts of the US arsenic contamination of water supplies is common through much of the USA. The US Environmental Protection Agency (EPA) states that water containing up to 10 parts per billion (ppb) of arsenic is safe (some experts say there is no safe level). As many as 25 million people in the United States and many more worldwide, get their water from unregulated wells and so drink water with an arsenic concentration that can far exceed this level. 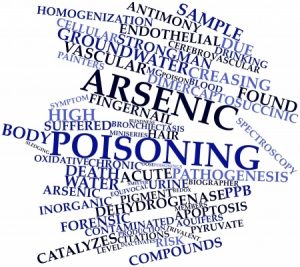 There are two different forms of arsenic, Arsenic III and Arsenic V.   Both are toxic, although Arsenic III is more toxic than Arsenic V. Both should be avoided.

EPA states that water containing up to 10 parts per billion (ppb) of arsenic is safe. Some experts say there is no safe level. We agree! 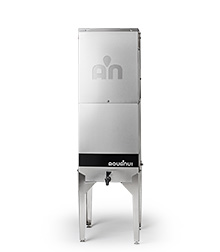 Many doctors and nutritionists realize that distillation is the best method for removing arsenic in drinking water. We have done third party testing in arsenic removal by distillation and found that >99.9% of arsenic can be removed by a well-designed distiller.

You can see that for King George III, Napoleon, and Mr. Hall, money, position, and influence are not the detrimental factors to protect your health. It is awareness and proactive measures. Take action starting with your own AquaNui distiller. It is modular in its design, affordable, and best of all reliable. Customize YOUR Arsenal against Arsenic.