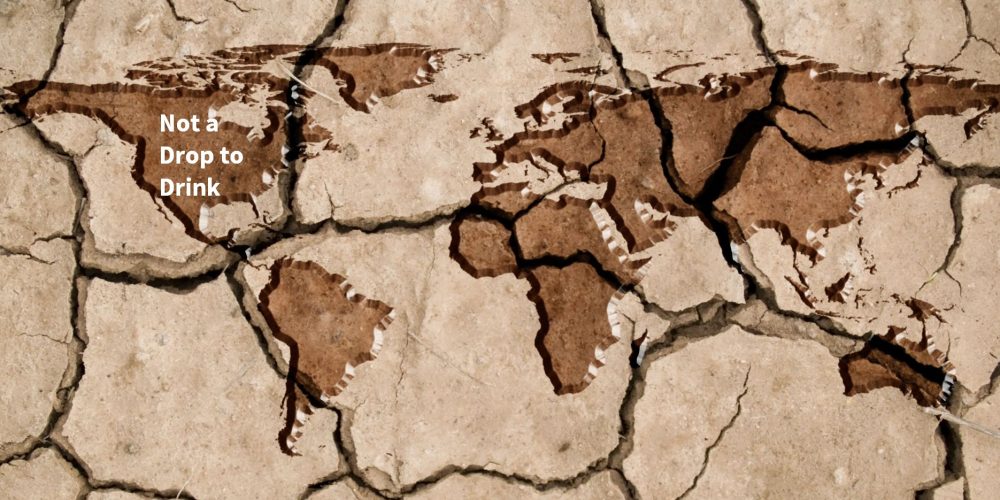 A recent article in the Wall Street Journal (August 1, 2013) listed nine U.S. cities that are running out of water. This information was provided by the U.S. Drought Monitor , which is a joint program produced by academic and government organizations. At that time the Journal listed the following nine cities in either extreme or exceptional drought (the worst): Santa Fe, NM, Albuquerque, NM, Corpus Christi, TX, Brownville, TX, Harlingen, TX, Colorado Springs, CO, McAllen, TX, Pueblo, Co and Lubbock, TX.  Since this is a continually changing situation, due to any precipitation received, some of these areas have no doubt improved somewhat while some have actually gotten worse.  One storm however does not change the situation much for the long haul.

According to the Monitor’s latest weekly summary, a series of cold fronts brought cooler and wet weather to parts of the Midwest   through southern Plains in the early part of last week. Above-normal precipitation dominated the Southwest, southern and central Rockies, much of Texas, and the Lower Mississippi Valley.  I’m sure any precipitation received was most welcome. This video though tracks  the weekly water drought across the nation over the past 3.5 years.
http://youtu.be/UFatm12mymw
As of this writing, the latest map (released November 28th) still shows a substantial portion of southwestern U.S. suffering various degrees of drought, ranging from abnormally dry to exceptional drought.   Large portions of central California and central Nevada are currently listed in the extreme or even exceptional category.

When an area is characterized as “extreme drought” for long periods of time, this usually means, water restrictions due to the water shortage crop or pasture loss (see video below). The U.S. Department of Agriculture Secretary declares drought disaster areas based on the U.S. Drought Monitor. Individual producers in counties that are given the USDA Secretarial disaster designation are eligible for a variety of USDA disaster assistance programs including emergency loans. Nearly 70 percent of all counties in the conterminous United States were designated as drought disaster areas by the U.S. Department of Agriculture (USDA) by September, 2012. When the drought escalates to “exceptional drought”, crop losses are widespread and severe water shortages occur.  Water indeed becomes very precious!  No one wants to be guilty of wasting water.  How does this relate to water treatment?

It should be noted that as the quantity of available water decreases, so does the quality in almost every case.  In other words, it is usually more contaminated and harder than ever to get clean.  That is why it is so important to purify the water for consumptive needs with the most effective method possible.  Of course, in my opinion, that is a home water distiller. How much was is wasted by various methods of water treatment?

Think before you drink!

Filtering water…virtually no water wasted (but not much is accomplished either); softening water…some water is wasted during each regeneration   (up to 25 gallons or more per recharge, is the figure I found, which is usually done every 2-3 days; Reverse Osmosis…considerable water is wasted (three to nine gallons for each gallon treated!! )  Water –cooled distillation…up to ten gallons per each gallon distilled!!  Air-cooled Distillation…very little water is wasted (in most cases less than one gallon per day even in distillers with automatic flushing features!  My conclusion?  Air-cooled distillation is the way to go when it comes to home water purification. Not only do you end up with the purest drinking water possible but you waste very little water in the process.  Pure Water makes good pure sense!