When wind energy began, it seemed that we had found a safer, less invasive way to produce energy than drilling for oil, but as it turns out, the turbines themselves have actually become a threat to the endangered American Bald Eagle.  In order to continue the use of this ‘green’ energy President Obama recently signed a bill that exempts these wind farms from any legal repercussions.

Another step towards ‘green’ energy has been the addition of ethanol to gasoline.  Ethanol, a byproduct of corn, was being added to oil to reduce the amount of oil drilled.  This program was started by George W. Bush and has been pushed heavily by the Obama administration.  With less production of crude oil, it should cut down on CO2 produced and help the environment.

New data is coming out though that is changing the minds of environmental groups across the nation.  In order to meet this high demand, farmers have been changing the 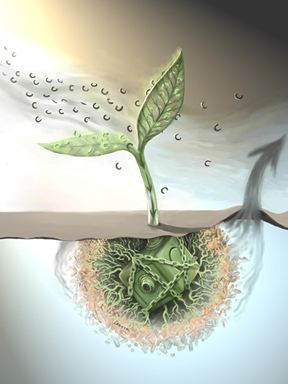 countryside across the Midwest.  To meet the demand for corn, 5 million acres of land that had been set aside for conservation, (more than the Everglades, Yellowstone National Park and Yosemite National Park combined) has been turned into farmland.  Wetlands have been filled and Prairies rolled over to provide this ‘green’ energy.  However, think about what happens with this kind of massive farm expansion.  In tilling this soil, you release CO2 locked in the soil (one of the very things we were trying to prevent in the first place).  All this planting of corn of course means an increase in the amount of herbicides and pesticides used across the Midwest.  Since the start of the push for ethanol, sprayers have pumped out billions of pounds of additional fertilizers onto crops which has seeped into drinking water, contaminated rivers and even worsened the large dead zone in the Gulf of Mexico where marine life can’t live.  We already knew it was getting into our drinking water but now there is more widespread contamination of water tables across the Midwest.

What is the solution to water contamination?

Where does this leave you?  Well first of all, you can protect your family from these herbicides and pesticides in the drinking water by purifying your water with a distiller.  And you can be confident that by using a distiller, you are not further contributing to environmental problems.   There is very little waste of water during a distillation process, unlike household Reverse Osmosis systems which, according to Wikipedia, can waste 7-12 gallons of water per 1 gallon that is treated. Since many states are experiencing water shortages, this type of treatment system is not the answer for the future.  Not to mention, RO systems also have several membranes which constantly have to be replaced (and thrown away) in order for the product to be somewhat effective.  Bottled water is another option however not only is it less regulated than tap water, it is not Eco-friendly, and the cost of a 16.9 ounce bottle is 20 times more than the cost of using a home or office distiller. 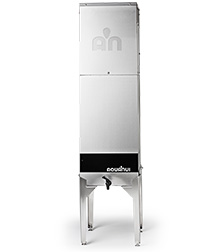 Petroleum is used to produce bottles, then oil and gas is needed to transport the heavy bottles to various grocery stores and distribution outlets.  Once the water is consumed, 8 out of 10 plastic bottles go to the landfill where it’s estimated they will take at least 1,000 years to bio-degrade.  These are obviously not long term solutions!

A high quality stainless steel distiller, such as AquaNui, will provide your family with many years of high purity water and peace of mind. There is electricity needed to produce distilled water but it is only 2.7 kilowatt hours to produce a gallon, this means you’re paying approximately 24 cents for a gallon of highly purified water (based on national average of 9 cents a kilowatt hour).  You’ll be protecting your family from consuming toxins in the water while having the satisfaction that you are doing your part for the environment.