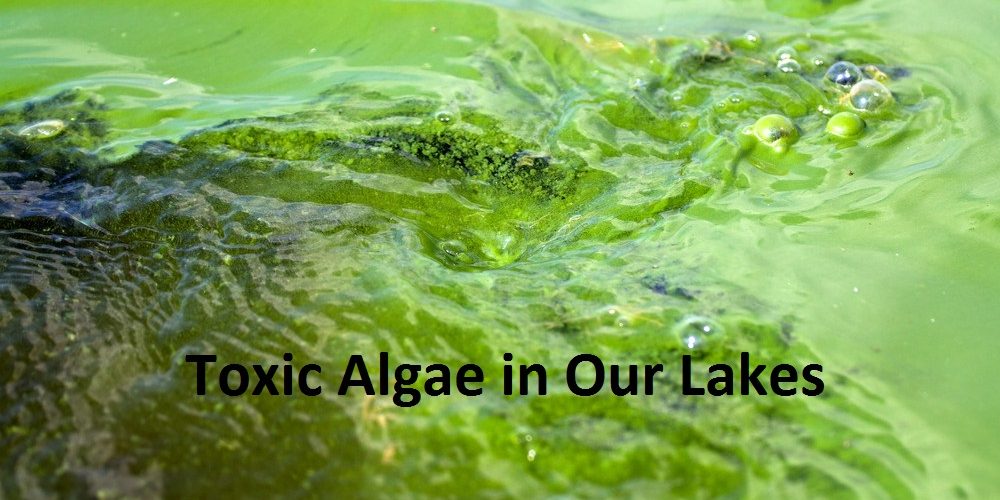 There has been a great deal of attention paid in the last week on toxic algae in Lake Erie and the “Do not Use the Water” appeal to the people of Toledo, Ohio.

Every summer toxic blue-green algae seem to be a problem in our lakes, but just how extensive i the problem?  If you think it is just impacting Toledo you would be wrong.   In fact most states have a toxic algae problem.  To find out what the situation is in your state I would recommend you search Google with the following key words “Algae, Lake, Nebraska”, “Algae, Lake, Iowa”, or generically “Algae, Lake (Your State)” .

Many people are asking “What is causing the algae problem?”.   There is likely a multitude of factors that come to mind and it would be wise not to jump to conclusions too definitively until more research is done.  There are a lot of fingers pointing to phosphates from farm fertilizers.   Certainly phosphates play a role.  However, nitrogen-containing fertilizers from farms and homes  have also been implicated as both nitrogen and phosphorous are nutrients for aquatic algae.

The  “algae blooms” are common in the summer months, and temperature is a factor. Some scientists are saying that global warming is a factor. However, in some regions recent summer temperatures have been lower than in the past. But to be fair algae growth does appear to be temperature related.

Yet another possible cause are Zebra Mussels that are taken over the ecosystem in some lakes. http://www.sciencedaily.com/releases/1998/09/980919115852.htm  This is changing the eco-system food patterns and reducing competing algae and is resulting in blue-green algae blooms

Typically, when water becomes contaminated authorities issue a “Boil Alert”.  Not so with algae contamination, as algae produce a toxin – microcystins. ( Microcystins are toxicpeptides, produced in large quantities during blooms of the cyanobacteria genera Microcystis or Planktothrix.Cyanobacterial blooms, often called blue-green algae bloom, can cause oxygen depletion, alter food webs, posing a major threat to drinking and irrigation water supplies, and to fishing and recreational use of surface waters worldwide – Wikipedia)

Boiling and drinking the boiled water with blue-green algae can be dangerous as boiling concentrates the microcystines as the steam is driven off.

Ironically, a well-designed water distiller which captures and separates and condenses the steam (virtually pure H2O) to form distilled water, free from toxic microcystines can be relied on for high-purity drinking water even in the face of algae contamination.