TCP is a chemical that is found in drinking water sources around the country and has been called, by some, “one of the most powerful cancer-causing agents in the world.”  Not only is it unsafe to drink, but it is unsafe to shower in as one can inhale the chemical.  In parts of California, TCP levels are 6 times higher than what the state considers to be safe.

TCP is short for 1,2,3-trichloropropane. Originally discovered as an unwanted by-product in the manufacturing of other chemicals, especially pesticides, TCP has been on a short list of studies by the EPA for several years.  However, water municipalities are still not required to test for it or remove it.  Only some states, such as California, are moving to regulate this toxic chemical.

No Maximum Contaminant Level Set by the EPA

Unfortunately, the U.S. Environmental Protection Agency has not yet set a Maximum Contaminant Level (MCL) for this very toxic manmade chemical used as a cleaning and degreasing solvent and also as a pesticide.  Ironically, it did not even work as a pesticide and now millions of people are left with the legacy of TCP in their drinking water.

Specifically, there are lawsuits pending in California against DOW chemical and Shell.  While they knew that it was not effective as a pesticide, they realized that it was a cost effective way to get rid of the byproduct.  According to sources, they made nearly $10 million dollars a year between sales and the savings of having to dispose of the waste.  A DOW scientist even referred to it as “garbage”.

California’s Office of Environmental Health Hazard Assessment has developed a Public Health Goal (PHG) for TCP of 0.0007 ug/L or 0.7 parts per trillion (PPT). At this level, the threat of consuming TCP over a life time of 70 years is considered to be insigniicant.  The maximum contaminant level (MCL) currently proposed by the California State Water Board is 5 ppt.  Confirmation is expected soon.

To help visualize the impact of the 5 ppt level, picture the following:  1 part-per-trillion is about 1,000 times smaller than a drop of water in an Olympic-size swimming pool!  Paul Tratnyek, a professor at the Institute of Environmental Health at Oregon Health and Science University, who studied TCP for the Defense Department said, “Even the slightest amount of TCP in the water would be considered to be a potential health effect.”

To date, this human carcinogen has been found in drinking water sources in 14 states or territories.  According to EWG.org, the following states have contaminated drinking water in at least 1 public water system with nearly 4 million people affected in the United States.  Due to agricultural use, California has been hit particularly hard.  “Over 2 million pounds of pesticides containing 1,3-dichloropropene were used in California alone in 1978.” (Wikipedia)

Remove TCP from Your Drinking Water

So, what do consumers need to know and what can we do about this problem?  Consumers can choose to wait on government officials to fix the problem.  Frankly, that might take longer than you are willing to wait.  As a concerned consumer, you might prefer to take control of the situation by insuring the quality of your own home’s water.  We know that TCP may be in your water if you are in one of these states, but what about other chemicals that are yet unknown?  Shouldn’t you be protecting yourself from all toxins?

AquaNui water distillers are the perfect answer to this difficult problem.  The boiling point of TCP is 156.85 degrees Celsius, which is well above the boiling point of water. The vapor pressure is 3 mm of mercury at 20 degrees Celsius, so it is non-volatile. The density or specific gravity is 1.307 g/ml.  Therefore, distillation is a very effective way to remove TCP by leaving it behind in the boiling chamber as residue.  What you are left with is 99.9% pure water. 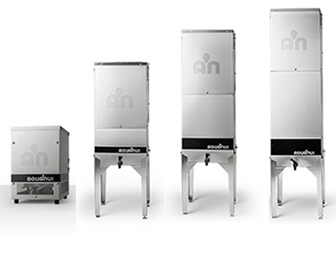 Water Quality is a Top Priority

We wished, like you, that we lived in a world that had clean air and clean water.  With all of the chemicals being produced today, it has become necessary to take it upon ourselves to protect our bodies from unnecessary exposure and harm.  Many people take the time to eat well or buy organic food, but what about water?  We drink it every day.  We believe that it’s time to consider water quality a number one priority.