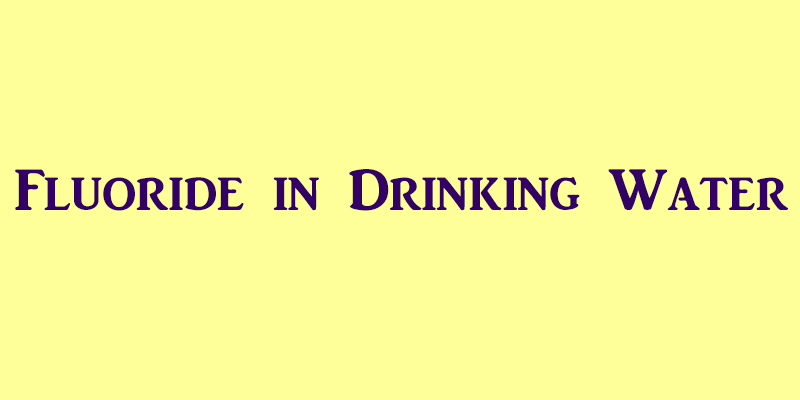 For a variety of health reasons, many people are looking for ways to remove fluoride from their drinking water or they are seeking out bottled water without fluoride.  While water fluoridation is a widespread water treatment practice in the United States, and a few other places, fluoride opponents, and many preventative health professionals, now believe that fluoride reacts with every enzyme and hormone in the human body, and that it causes bones to harden prematurely, possibly leading to bone cancer, especially in young boys.

The late Dr. John Yiamouyiannis, author of the book “Fluoride the Aging Factor”, strongly believed and wrote that ingested fluoride was not only a significant “aging factor” but that fluoride did very little to lessen tooth cavities as well. He fought for and was very successful in having fluoridation discontinued in many parts of the world. This revolt against fluoride has caused many people to avoid fluoride by distilling their water to be used for any consumptive purposes. Even though it’s still very controversial, it is part of a huge $15 billion per year fluoro-chemical sales industry in the United States each year.

Activated Carbon Filters and sediment filters (example: standard pitcher filter) will do nothing to reduce or remove fluoride. One exception may be Carbon Char filters.

Alumina Filters will remove up to 99% of fluoride from water but they add aluminum. That could definitely be a problem for most people!

Reverse Osmosis Systems can remove fluoride 85-92% when new but lose effectiveness with time.  They also waste many gallons of water in order to get a gallon of treated water, so they are not particularly environmentally friendly.

Ion Exchange Filters can remove fluoride (a negative ion) almost 99+ % until the anion resin is exhausted.

Water Distillation Systems are superior at removing fluoride.  Third party lab testing reports (below) show that the removal rate of fluoride by an AquaNui distiller is greater than 99%.  Water filters that remove fluoride are an option, but for long-term continuous removal, distillation is, by far, the most effective. 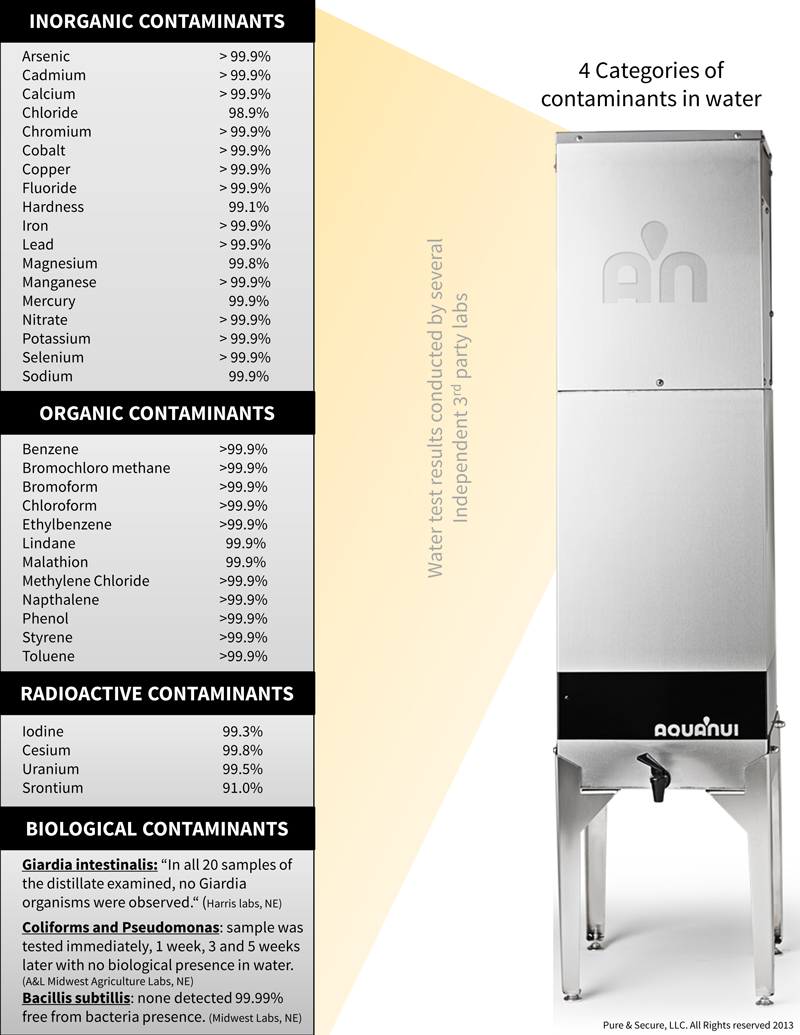 Do Water Filters Remove Fluoride? No. Common pitcher filters or carbon filters will not remove fluoride.  Distillation is the best way to remove fluoride from drinking water. 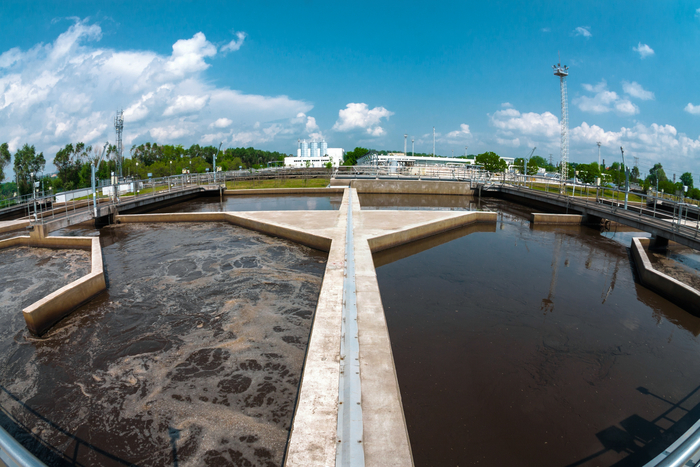 Federal and State regulations require that fluoride, which occurs naturally in some water supplies, not exceed a concentration of 4.0 mg/L in drinking water. This is a Primary Drinking Water Standard which means that it is Federally enforceable and Water Municipalities are subject to daily fines for each day they exceed the standard. Exposure to drinking water levels above 4.0 mg/L for many years may result in some cases of crippling skeletal fluorosis, which is a serious bone disorder.

Federal and State regulations also require a water system to notify the public when monitoring indicates that the fluoride in drinking water exceeds 2.0 mg/L. Because this is a Secondary Standard it is NOT federally enforceable. This is intended to alert families about dental problems that might affect children under nine years of age. Fluoride in children’s drinking water at levels of approximately 1 mg/L is believed to reduce the number of dental cavities. However, some children exposed to levels of fluoride greater than about 2.0 mg/L may develop dental fluorosis. Dental fluorosis, in its moderate and severe forms, is a brown staining and/or pitting of the permanent teeth.

IMPORTANT NOTICE: The U.S. Environmental Protection Agency recently announced that it has reevaluated the current science on fluoride.  The EPA will rely on these new assessments to review the existing maximum level of fluoride allowed in drinking water and determine whether its drinking water regulations for fluoride should be revised. The EPA will review the drinking water standards to make sure that it continues to protect against unwanted effects of excessive exposure. EPA’s examination of the fluoride drinking water public health goal and enforceable standard will be based on this new science, along with other information such as analytical methods and treatment feasibility.

State regulations require that fluoride, which occurs naturally in some water supplies, not exceed a concentration of 4.0 mg/L in drinking water. Exposure to drinking water levels above 4.0 mg/L for many years may result in some cases of crippling skeletal fluorosis, which is a serious bone disorder.

Owing to the great expense of refining pure fluorine, most commercial applications use fluorine compounds, with about half of the mined fluorite used in the making of steel. The rest of the fluorite is converted into corrosive hydrogen fluoride (hydrofluoric acid) on its way to becoming various organic fluorides, or into cryolite which plays a key role in aluminum refining. Organic fluorides have very high chemical and thermal stability; their major uses are as refrigerants, electrical insulation and cookware, and PTFE (Teflon).

Pharmaceuticals such as atorvastatin, and fluoxetine also contain both fluorine and the fluoride ion. Fluoride is thought to inhibit dental cavities. This is the reason that it is added to most kinds of toothpaste today but with a warning for misuse. However, there are many types of toothpaste found in health food stores or online that do not contain fluoride.

Fluoride is a negative ion formed from the element fluorine. Its chemical symbol is F-1.  This is the result of fluorine taking one electron from a metal or electron donor. It is used in water treatment and is called fluoridation.

How Abundant is Fluoride?

Fluorine is the thirteenth most common element in the earth’s crust at 600-700 parts per million by mass.  Elemental fluorine would readily react with water vapor in the Earth’s atmosphere so there is no elemental fluorine in the air.  Fluorine is found only in combined mineral forms, of which fluorite, cryolite, and fluorapatite are the most industrially significant. When fluorine is compared to the rest of the elements it ranks 24th.

What are the Sources of Fluoride?

Fluorite, the mineral which gave fluorine its name, was first described in 1529.  At that time fluorite was added to metal ores to lower their melting points for smelting purposes. The Latin verb fluo meaning “flow” gave the mineral its name. Fluorine was proposed as an element in 1810. It turned out to be very difficult and dangerous to separate from its compounds. Several early experimenters sustained serious injuries or even died from their attempts.

In 1886 a French chemist by the name of Henri Moissan isolated elemental fluorine relatively safely, by using the process of low-temperature electrolysis for the first time. This process is still used today for the modern production of fluorine. Industrial production of fluorine gas for uranium enrichment began during the Manhattan Project. It is now its very largest industrial application.

Fluorocarbon gases are considered to be greenhouse gases with a globe-warming potential of 100-20,000 times that of carbon dioxide!  They tend to persist in the environment due to the strength of the carbon-fluorine chemical bond. Fluorine has no known metabolic role in human or any other mammals. A few plants do synthesize organo-fluorine poisons that deter herbivores.