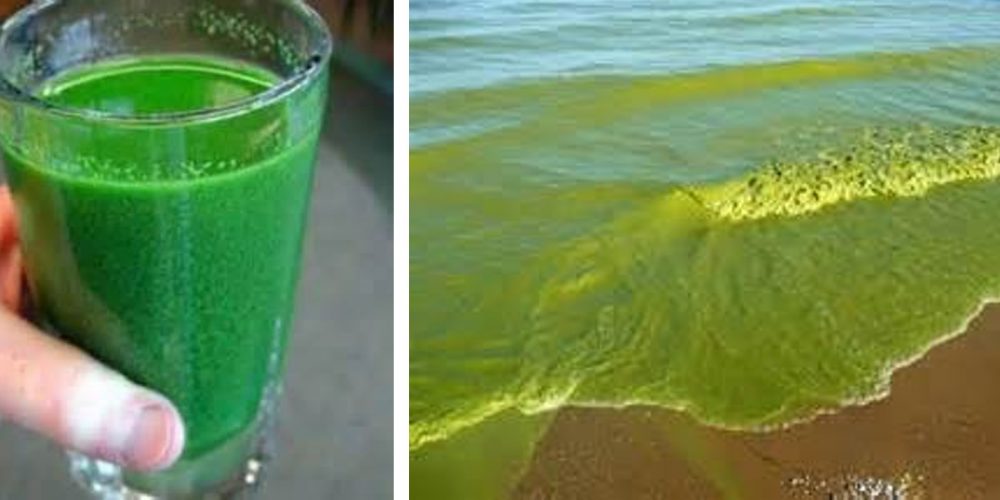 There has been important news this past week that I want to share with you.

In Oregon, and across the nation, the press has been warning consumers of “Toxic Algae” in their drinking water.  Oregon’s capital, Salem, recently issued its second warning in just two weeks based on test results of municipal drinking water sources.  Detroit Lake, a reservoir on the Santiam River, is the original source of the municipal water supply for Salem and surrounding communities.  From late spring through summer Detroit Lake often shows noticeable “algae blooms” that cover the water surface with a blue-green scum that produces dangerous compounds – cyanotoxins, notably microcystins, anatoxin-a, and cylindrospermopsin.

Can’t I Just Boil the Water and Make it Safe? 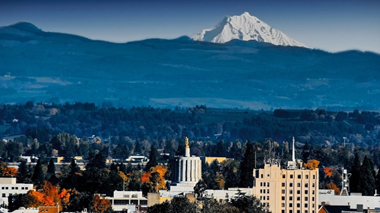 The city of Salem issued an advisory for the population to avoid drinking tap water until the situation is resolved.  Unlike many other biological contaminants such as E. coli in drinking water, boiling will not neutralize the threat; in fact, it will concentrate the toxins and make the water more dangerous for consumption by volume.  A news release from Salem states ”Children under the age of six, people with compromised immune systems, people receiving dialysis treatment, people with pre-existing liver conditions, pets, pregnant women or nursing mothers, or other sensitive populations should follow this advisory”.

While it is especially important for these groups to follow the advisory, the fact is that no one should risk drinking water with cyanotoxins.  According to the EPA, short-term cyanotoxin consumption can cause sore throat, nausea, vomiting, diarrhea, and kidney and liver damage.

I’ve done quite a bit of research on this and it’s not just an Oregon problem.  No state is immune to this threat, with algal blooms reported in all 48 mainland US states in recent years.  Reports from the Environmental Working Group (EWG) show dramatic increases in rates of occurrence.  For example, in 2010, there were only 3 reported cases of toxic algal blooms, while last year where there were 169 cases reported.  There are likely even more instances that have gone unreported.  (source: https://www.ewg.org/toxicalgalblooms)

The most publicized recent case of an algal bloom occurred in Lake Erie, near Toledo, Ohio in the summer of 2014. Parts of Lake Erie had a thick layer of green algae on the surface of the lake. In certain places, this thick green “bloom” could be scooped up by the handful.  The citizens of greater Toledo, Ohio (population 500,000) were advised not to drink the tap water, do dishes with it, or feed it to pets. 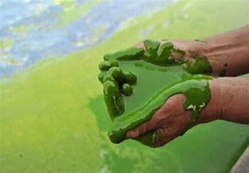 It is important to understand the difference between a typical “tap water boil alert” and the advisories NOT to BOIL the water such as in Salem and Toledo.  In the case of a “Boil Alert”, boiling the water inactivates the bacteria, parasites, etc. and neutralizes the threat. This is not the case with cyanobacteria.  Boiling causes the cells to rupture and release their cyanotoxins.

Most water treatment municipalities are capable of handling cyanotoxins in limited quantities.  The problem arises when the cyanobacteria multiply rapidly in a short timeframe, known as a bloom.  When these blooms occur, the cyanotoxin levels also spike, overloading the removal capabilities of the municipality.  Another significant issue is that many cities do not have the ability to test for cyanotoxins locally.  Salem’s water municipality, for example, requires water samples to be sent out to labs for testing.  This leads to a lag in reporting the issue to the public.

How Can You Protect Yourself? 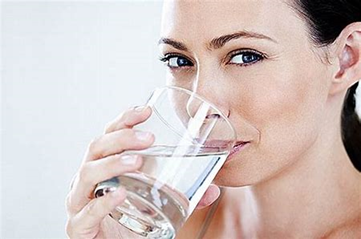 Our company, Pure & Secure LLC, manufactures water distillers and after the Lake Erie/Toledo OH incident, we tested the effectiveness of using one of our distillers in the event of a Blue-Green algae alert. The Water Sciences Department at the University of Nebraska spiked the raw water with high levels of cyanotoxins and tested the distilled water produced by our AquaNui water distiller and found that cyanotoxins had been eliminated to below detectable limits.

This can be explained through the process of distillation.  When tap water containing toxins is boiled, the water changes to virtually pure steam and the toxins remain in the boiling chamber.  The purified steam lifts away from the boiling water and contaminants and is separated to form distilled water.  Distillation is the wonder of Nature, and the reason that when there is evaporation from contaminated ocean water and ultimately rain, the rain is virtually pure water and the oceans retain the contaminants.

I’ve been in the water treatment industry for almost 35 years. During this time we’ve specialized in distillation technology, but we’ve also carefully studied all water treatment technologies.  Over the years, many business advisors have recommended that we expand our brand into filters and reverse osmosis systems, but we have not done this. We probably could have made more money if we would have done so, but we would have also lost the trust of our customers because people come to us for the absolute best protection.

Distillation is the only treatment process that provides the highest level of protection at all times. Distillation takes care of cyanotoxins, but it also virtually eliminates arsenic, lead, uranium, mercury and so many other contaminants that may be in your tap water.

The fact is that you do not know whether there are dangerous contaminants in your water right now, nor does the government know. Remember the lead in the water in Flint, Michigan?  Those people drank lead-contaminated water for over a year without knowing it.  Right now there are countless people across the USA and the world drinking water that is contaminated with dangerous toxins, and the people are not aware of it.

Filters and reverse osmosis produce inferior and variable results.  I would not allow my family to get their drinking water from a filter or reverse osmosis system, so how could we, as a company, sell such systems?  We couldn’t, which is why we focus completely on distillation systems. Always have, always will.

My recommendation is this…

If you are a small family, from two to four people (don’t forget pets), use the AquaNui 8G or the AquaNui 10G. 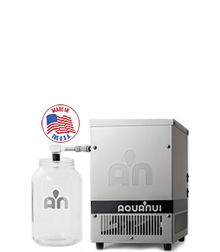 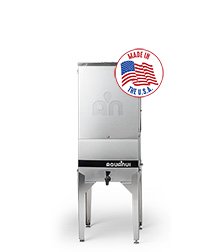 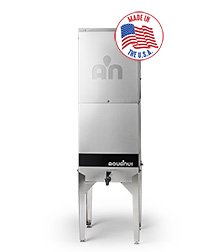 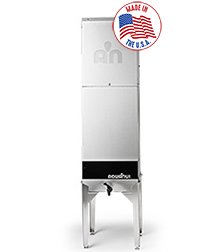