Much has been said about China’s air pollution dilemma, with smog so thick in many urban areas that simply getting to and from work can pose a health hazard. Less has been written about the pollution of China’s water. In fact, water pollution in China is at least as bad – so severe that it has been proven to cause gastrointestinal and other types of cancer in some villages. Although these “cancer villages” have been around since the nineties, the government only recently recognized their presence. Many times in these cases, the pollution is caused by chemical dumping from nearby factories.

Dumping of industrial chemicals, agricultural waste, and urban wastewater has contaminated China’s water resources such that over half of all rivers in the country are unsafe for human contact. The presence of heavy metals in seafood and rice has become increasingly common, passing on water contamination to the food supply. 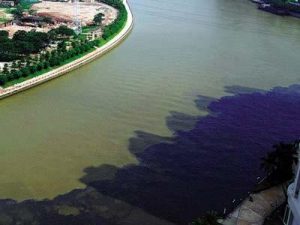 Impoverished residents in the same areas find themselves increasingly disadvantaged when it comes to securing clean water. For these households, clean water has become progressively scarcer. The main problem with China’s environmental control system has been one of enforcement. Water resource management involves many government institutions and insufficient coordination among them. Because of the emphasis on generating GDP, the environment has been seriously neglected. Decentralization has led to taking into account the economic needs of the local area or province only. China’s coastline is extensive, divided into twelve units that are administered by separate bodies. Because of a lack of coordination and a beggar-thy-neighbor attitude, residents of these provinces have suffered as the environment has grown steadily worse. The Chinese Government admitted their lack of properly treating city water causing some cancer causing chemicals to leak through the drinking water systems.
http://youtu.be/Kuzlob6c9F0
The water pollution problem is grave, particularly given the growing scarcity of water resources. Surface and groundwater depletion are on the rise, while drought has increased in some regions. Northern China lacks adequate water, especially considering its large population.  There is hope that China’s “War on Pollution,” declared at the National People’s Congress this past March, will eliminate some of the worst water pollution. The National Development and Reform Commission have announced that it will address agricultural pollution this year. In addition, RMB2 trillion ($330 billion) has been pledged to tackle water pollution.

With water scarcity becoming a global concern and almost of an equal importance as water purity is, we need to look into a reliable 21st Century technology that 1) does not waste water, 2) provid 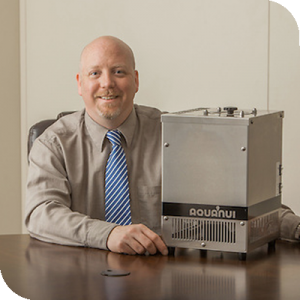 e high purity water 3) durable and robust, and 4) does not cost much to maintain so that each family can afford using for decades.

We have some of our many satisfied customers who have been drinking distilled water for more than 45 years and they feel as healthy and energized as ever. Doctors and nutritionists promote and drink distilled water. Here are some articles and links to what they had to say on distillation.  Regardless of what brand you decide to buy, get yourself a carefully engineered, well designed Made in the USA distiller. It is a one-time investment for life.